[How Might We Work # 01-How have the careers of creators changed since being able to speak English?] will be held, where creators will talk about 'design,' 'technology,' and 'careers,' 'Entirely in English'!

It has been decided that the panel discussion 'How Might We Work' sponsored by U-NEXT will be held for the first time on October 9 (Friday). I would like to reiterate what the contents of the event we are hosting are, and how it came about.

The first-ever held 'How Might We Work # .01', is a panel discussion with creators who are active around the world. Due to the influence of COVID-19, the first event will be held online.

The feature of this event is that it is 'Talking in Japanese is not allowed'.
There is a tendency to feel that speaking in public using the language of another country is a high hurdle, so at first, try to actively use the words and grammar you know, make more situations where you can practice it, and speak freely without being too formal. We believe that these are the first steps to growth.

By increasing opportunities to speak in various languages through the 'How Might We Work' initiative, we hope that the number of creators who are active in Japan and overseas will increase and that it will be a means of encouraging those who want to work abroad to do so.

As those of you studying design thinking may know, there is a question, 'How Might We ~?' abbreviated as 'HMV', which translates into Japanese as 'How can we do it?' It is a method used when raising brainstorming problems and was developed and proposed by P&G, the world's largest consumer goods manufacturer, it is used by IDEO and Google as a framework brainstorming method in their design thinking.

We decided on this event name because we thought that by adding 'Work (job/way of working)' to the 'How Might We~?', we could create an atmosphere where we can draw out the opinions of the speakers and guests with optimism about 'How can we work/do a job?' and effectively discuss each person's way of working and their job.

For several months, we have been thinking we'd like to hold an event hosted by U-NEXT.

However, it is difficult to hold an actual event now due to the chaos of COVID-19, so we discussed with the management team what style of event we could do online, and what new events should we do among all the many events that are being held?

We think that one of the benefits of online events is that we can invite people living in various countries and regions to be speakers and guests, and taking advantage of this, this time we asked Ms. Haiji who lives in San Francisco to be a speaker. In regards to the problem of the broadcasting time being limited due to the time difference, we created a video that was shot and edited in advance and actually made it so that we can broadcast at a time where many guests that are living in Japan can listen to it.

U-NEXT is a company that provides video subscription services and e-books.
There are many staff members who come from overseas in the company, and there is a very stimulating culture of communicating using English, Chinese, etc.
We have actually made it as a multinational and multilingual event, hoping that as many people as possible will learn the attraction of this environment.

Interview with an employee from overseas

On the day of the event, the creators of U-NEXT plan to participate as moderators.

The theme of this talk is 'How have the careers of creators changed since being able to speak English?'
The people who will talk as speakers are those who were born and raised in Japan and were spurred on by something to acquire English proficiency, leading them to become able to play an active role around the world. What kind of career did you build up by gaining English proficiency? What kind of opportunities did you seize? We would like to ask you in detail about the reasons behind your actions, learning methods, successes from learning English, and future goals, etc.

Since this is the first time for it to be held, it is difficult to imagine what kind of enthusiasm for the event there will be, and we think that some people may feel uneasy about exhibiting their English in public. We are very grateful that despite that, the four speakers have the courage to cooperate. 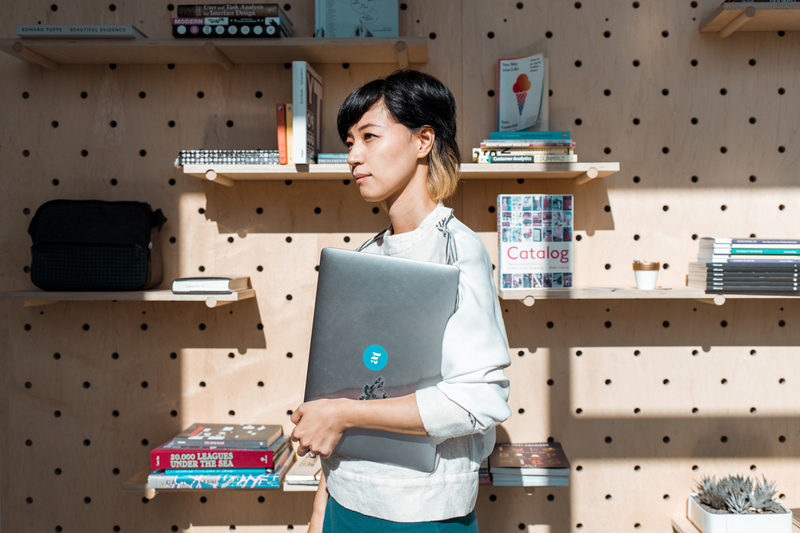 Lives in San Francisco. Born in Niigata prefecture. Engaged in digital product and brand design as a senior designer at startup studio All Turtles. She has designed many websites since she was a university student, and as a planner, She is involved in planning various digital advertising measures. After moving to the United States, while expanding her field to branding and package design as a freelancer, She worked at Tradecraft, a local designer school, before assuming her current position. She is the author of "The Designer's English Notebook" (BNN, Inc.). Click here for her note account. 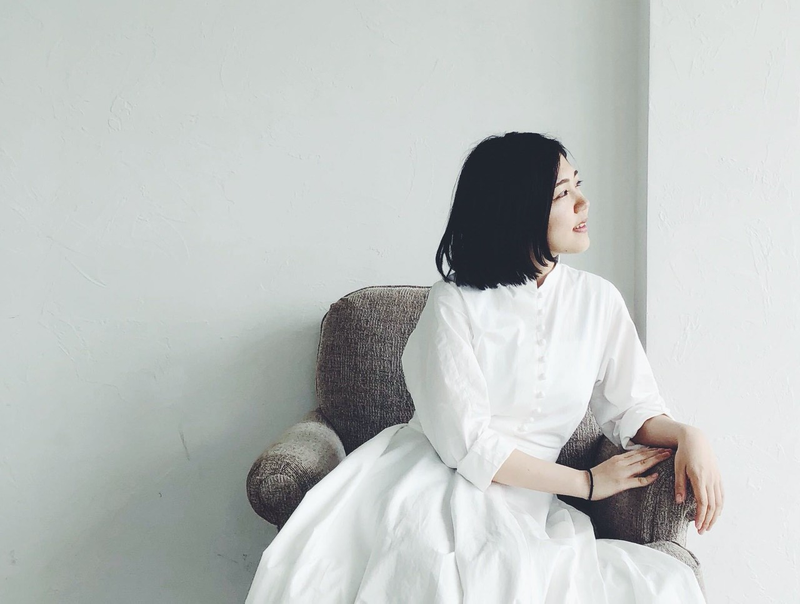 After joining a major department store, she worked for a venture-backed company and became independent in 2017. She provides consulting and writing related to new retail and carries out community management and event production. In addition, through the note paid magazine, she shares her own observations and introduces overseas examples, conducting community management centered on retail and stores. She became a note producer in July 2019. She provides support for all activities involving brands and store owners communicating with customers through note. Click here for her note account. 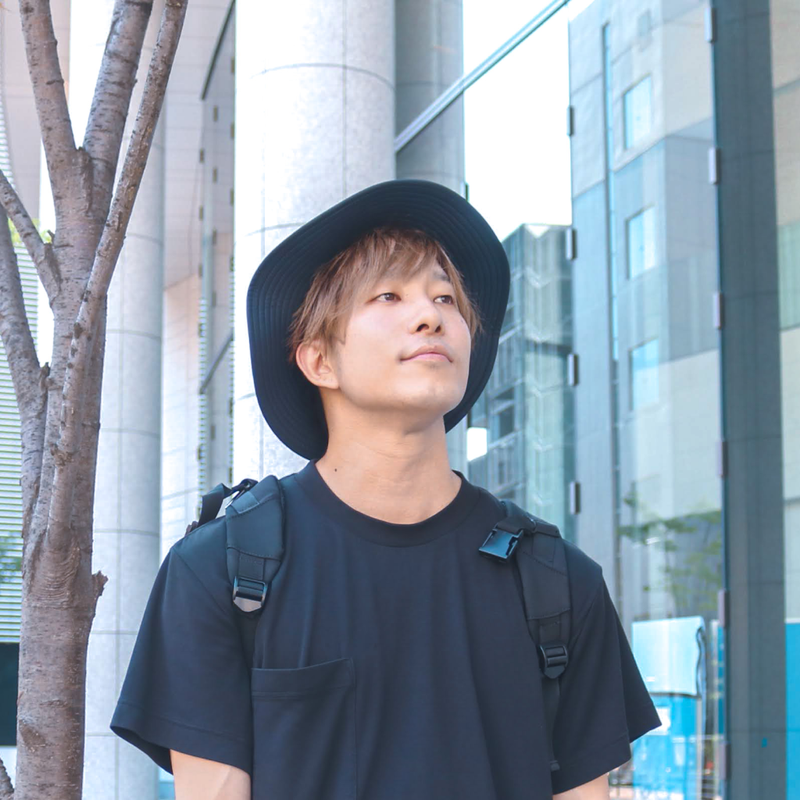 Born in Shizuoka prefecture. After dropping out of college, he taught himself design, gained experience in DTP and newspapers, and started working in startups from 2011. As a member of Nanameue and STANDARD since its launch, he has designed numerous apps and web services. After becoming a freelancer in 2017, he started studying English and in March 2018 he joined the Tokyo office of All Turtles, which has its headquarters in the United States. He is engaged in designing digital products in a joint project between Japan and the United States. Click here for his note account. 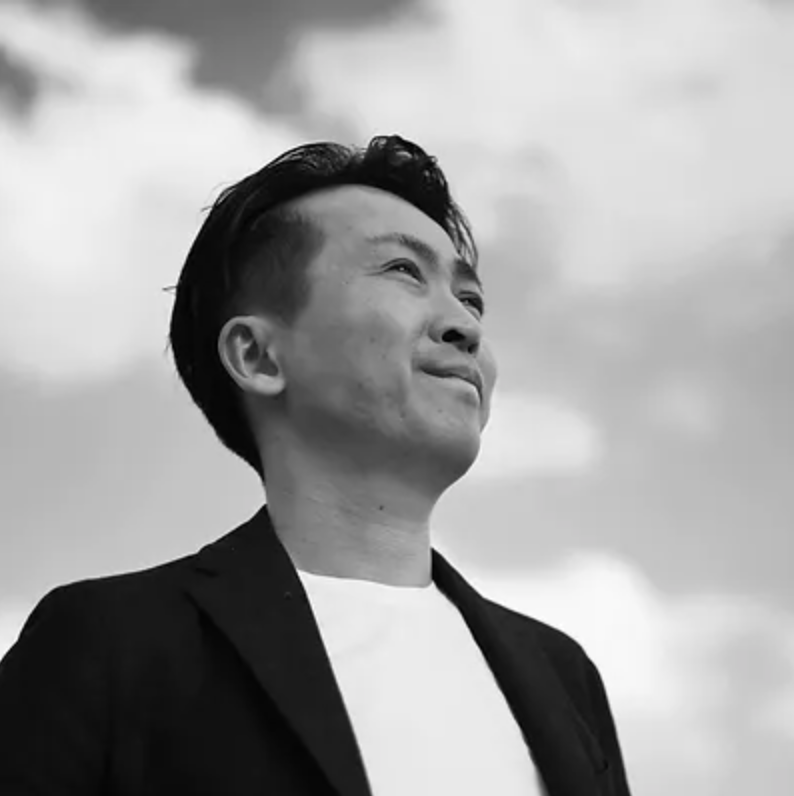 Born in Oita, raised in Aichi. Studied abroad in Montreal while attending Waseda University. Started an online venture business at the age of 27. After selling the business to Rakuten, he studied abroad in Italy, after which he became the director of the J-League club, Vissel Kobe. He was responsible for the overall planning and operation of the club. In the 2005 and 2006 seasons, he moved to the strengthening and training department and engaged in the overall team formation and player contracts. After that, he transitioned to a career going back and forth between business management and advisory work. Established the SO GOOD GROUP in 2019. Click here for his note account. 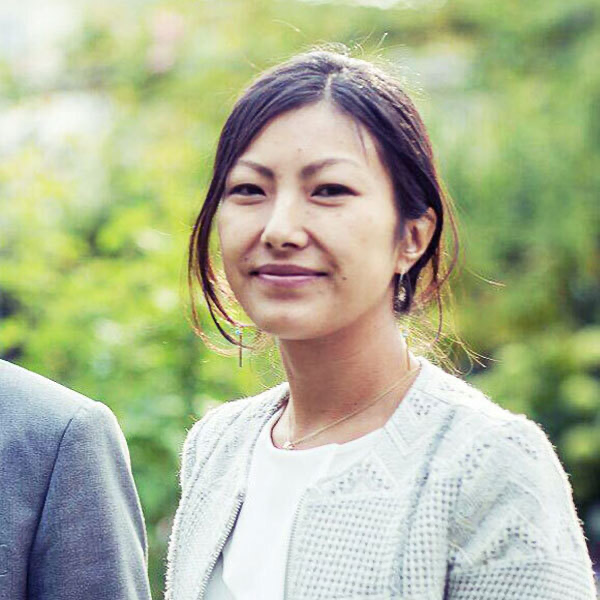 After gaining experience as a graphic designer in Japan, she moved to Australia to study the language. She started her career as a web designer at a design office in Sydney. After that, she learned web programming on her own and worked as a freelance UI designer and web developer based in Australia and France. She works online with clients and engineers around the world. She currently works as a product designer at U-NEXT in a multinational team, using both English and Japanese daily.

Broadcast location: We will send a message with an explanation the day before the event to all those who signed up.

When hearing 'Entirely in English', some people may think that the panel discussion is for those who are highly-knowledgeable, but we would like to have the event with an open atmosphere so that all those who are interested can participate, such as those who already speak English and those who want to be able to speak English in the future. Even If you just have a slight interest, please feel free to sign up!
We look forward to everyone's participation.